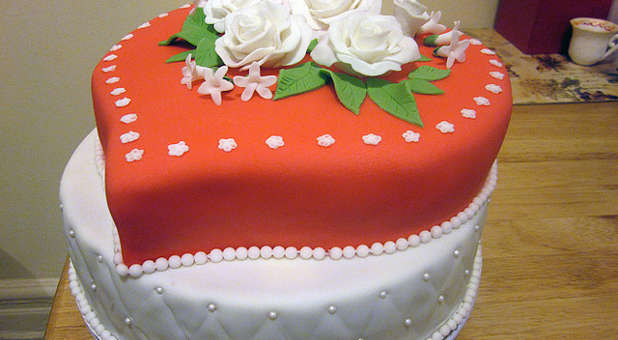 After seeing Christian-owned bakeries pay a severe price for refusing gay wedding customers, Theodore Shoebat decided to see how tolerant gay-owned bakeries really are when the shoe is on the other foot.

It turns out, not so tolerant.

Shoebat, communications director for Rescue Christians, called 13 pro-gay bakeries and asked them if they would bake a cake—or a cookie or even a pie— donning the words “gay marriage is wrong” for a traditional marriage appreciation event.Not one of them would oblige—and at least one of them went on a profane rant about “hypocritical Christians.” What motivated Shoebat to launch this unscientific experiment? It seems he took exception to a pro-gay watchdog in Ireland that launched proceedings against a Christian-owned bakery for refusing to make a cake for an equality campaign earlier this year.

Of course, that wasn’t the only such incident of Christian bakers’ rights being trampled by pro-gay advocates.

A Christian owner of a Colorado bakery, Jack Philips, is being forced to make wedding cakes for gay couples. And let’s not forget the persecution against Sweet Cakes, whose owners are facing hundreds of thousands of dollars in fines for refusing to make a wedding cake for a lesbian couple after a judge ruled they violated the couple’s civil rights.

So what was Shoebat’s point?

What’s your take on this issue? Should Christians be forced to bake cakes for gay weddings? How far does freedom of religion extend?