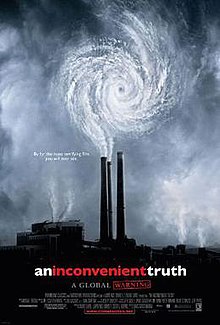 An Inconvenient Truth (An Inconvenient Truth is a 2006 documentary film directed by Davis Guggenheim about former United States Vice President Al Gore’s campaign to educate citizens about global warming via a comprehensive slide show that, by his own estimate made in the film, he has given more than a thousand times.)