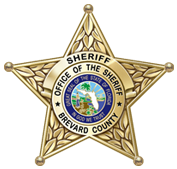 IT’S TIME TO SAY WHAT NEEDS TO BE SAID TO PROTECT OUR CITIZENS!!

He is calling on responsible gun owners to be “mentally and physically prepared” to neutralize terrorist suspects as the first line of defense!

4CMINEW COMMENTS: It is our opinion that Gun control isn’t the  response that should be coming from the President’s Office.

Sorry Mr Obama the solution is actually more “Legally” Armed and Trained citizens with open and concealed Gun carrying permits walking the streets. In our Opinion this is the real first step to fight these attacks in USA, unimpeded killings sprees will then be a thing of the past! FIRST LINE OF DEFENSE, IN ANY TERROR INCIDENT.

The deterrent is “If you Attack and the response will be immediate and most surely fatal for you the attacker”, that’s why USA spends such vast amounts of money on Aircraft Carriers and Nuclear Submarines and DARPA and Black Budget activities. Same reason you use to argue why US needs its massive Nuclear weaponry.
Spread the love