Fears that aliens were taking over Northland have been allayed by weather experts who say a cloud – not an alien mother ship – was the object hovering off Ruakaka Beach early today.

But MetService Meteorologist Lisa Murray said the object was not an alien spacecraft – it was a lenticular cloud. The sound appears to come from the sea floor in Hecla and Fury Strait. Northeast of Igloolik is Steensby Inlet, where Quassa says Baffinland, owner of the Mary River mine, has been doing sonar surveys. The company says it has no equipment in the water. (CBC)

• Divination defined in dictionary “as“

Baba Vanga gives an audience to two young followers
Who is Baba Vanga? A BLIND mystic who reportedly foretold 9/11, the 2004 Boxing Day tsunami, the Fukushima nuclear spill and the birth of ISIS also made dire predictions for 2016 and beyond.

Bulgaria-born Prophetess Baba Vanga, who died in 1996 aged 85, was known as “Nostradamus from the Balkans” thanks to a purported 85 per cent success rate and has long been revered in Russia and Europe as a kind of supernatural saint.

Of the hundreds of predictions Vanga made over her 50-year career as a celebrated clairvoyant, a large number alluded to natural and climate change-related disasters. She warned of melting polar ice caps and rising sea temperatures back in the 1950s, decades before anyone had heard of global warming.

Her followers believe her vivid description of a “huge wave” that would descend on a “big coast, covering people and towns and (causing) everything to disappear under the water” was a reference to the 2004 tsunami and earthquake which claimed hundreds of thousands of lives across the Pacific Rim.

But it’s Vanga’s preoccupation with a “great Muslim war” that has sent believers, conspiracy theorists and Islamophobics into a doomsday frenzy in recent months as the world struggles to contain the escalating threat from Islamic State and its affiliates.

The chilling prophecies warn of a 2016 invasion of Europe by Muslim extremists, a conflict she predicted would begin with the Arab Spring in 2010, play out in Syria where “Muslims would use chemical warfare against Europeans”, and culminate in the establishment of a caliphate by 2043 with Rome at its epicentre.

According to Vanga, Europe as we know it will “cease to exist” by the end of next year following the systematic elimination of entire populations, leaving the continent “almost empty”, a “wasteland almost entirely devoid of any form of life”.

If that sounds dramatic, consider the developments of the past year, which has seen ISIS edge perilously close to Europe with the taking of Sirte, a key Libyan city overlooking the Mediterranean and the birthplace of the late dictator Gaddafi.

Sirte is now an Islamic State colony operating under Sharia Law. The new regime reportedly cemented its authority by staging a series of public executions, during which an unknown number of people were crucified and beheaded.

And ISIS continues to gain ground in Syria, despite a massive bombing campaign by allied forces in the wake of the Paris attacks. To devotees and others consumed by fear of an impending apocalypse, it’s as if Vanga’s deadly prophecies are unfolding before their very eyes.

There’s no shortage of images like these on the internet, particularly on Russian websites

Baba Vanga was born Vangelia Pandeva Dimitrova in Strumica, a village located at the foot of a volcanic mountain range in what was then the Ottoman Empire.

According to folklore, she led an ordinary life up until the age of 12, when she mysteriously lost her eyesight during a massive storm — described by some as a freak tornado. According to folklore, the youngster was flung into the air and then dashed to the ground by a powerful gust of wind.

What happened next is murky but her family reportedly found her in a terrible state several days later, her injured eyes sealed shut and encrusted with a thick layer of dust and dirt. Too poor to afford specialist care, she was relegated to a life of blindness.

Vanga later stated that she had experienced her first vision during the days she was missing and believed she had been instilled with the ability to heal people and predict the future. She was able to convince others of her paranormal powers and quickly developed a cult following. She became the go-to psychic for the rich and powerful and admirers, among them heads of state, scientists and historians, would come from all over the world for a few minutes in her company.

She later served as an adviser to Bulgarian Communist Party leaders, some of whom allegedly exploited her gift to further their own agendas. She was reportedly kept under surveillance by the country’s secret service and her home, the scene of countless meetings with visiting foreign politician and businessmen, reported bugged.

A younger Baba Vanga in an undated photograph (left) and as she looked in the last years of her life Source: Supplied

THE MOST FAMOUS BABA VANGA PROPHECIES TO ‘COME TRUE’

“Cold regions will become warm … and volcanoes will awaken. A huge wave will cover a big coast covered with people and towns, and everything will disappear beneath the water.”

Predicted in 1980: The sinking of Russian nuclear submarine the Kursk in 2000.

It saw the crew die horrible deaths over several days while international rescue crews tried in vain to retrieve the vessel from the depths of the ocean. Until the tragedy, people assumed the “Kursk” Vanga referred to was the Russian city the Kursk was named for.

“At the turn of the century, in August of 1999 or 2000, Kursk will be covered with water, and the whole world will be weeping over it.”

The election of Barack Obama.

Vanga reportedly correctly predicted that the 44th president of the United States would be African American. However, she also stated that he would be the “last US president”. We’ll have to wait and see how that pans out.

Vanga’s prophecies mention the emergence of a Muslim group in Syria in 2013 which will wage chemical warfare on Europe. Many believe this is a reference to ISIS, which also came on the scene in 2013

2016: “Muslims” will invade Europe, which will “cease to exist” as we know it. The ensuing campaign of destruction will last years, driving out populations and leaving the entire continent “almost empty”.

2023: The Earth’s orbit will change (nobody really knows what this means).

2025: The population of Europe will reach almost zero.

2028: Mankind will fly to Venus, in hope of finding new sources of energy.

2033: World water levels will rise as the polar ice caps melt (this is already happening).

2043: Europe’s transformation into an Islamic caliphate is complete. Rome is named the capital. The world’s economy thrives under Muslim rule.

2066: America will use a new climate change weapon for the first time in a bid to retake Rome and bring back Christianity.

2076: Communism will return to Europe and the rest of the world.

2084: Nature is reborn (nobody is really sure what this means).

2100: Man-made sun illuminates the dark side of the planet (This is already in the pipeline — since 2008, scientists have been working on creating an artificial sun using nuclear fusion technology).

2130: With the help of the aliens, civilisations will live underwater.

2201: Temperatures drop as the sun’s thermonuclear processes slow down.

2262: Planets will slowly change orbits. Mars will be threatened by a comet.

2354: An accident on the artificial sun will result in more drought.

2480: Two artificial suns will collide and leave the Earth in the dark.

3005: A war on Mars will change the trajectory of the planet.

3010: A comet will hit the moon. The Earth will be surrounded by a ring of rock and ash.

3797: By this time, everything on Earth will die. However, human civilisation will be advanced enough to move to a new star system.

Having some pooch time.

Woes and worries? Cuzzie the dog has none. He’s way too busy enjoying himself in a hot tub.

“Cuzzie loves the jet in the hot tub against his back,” wrote YouTuber Danny Sam in a caption accompanying this cute clip. “He doesn’t mind the hot water and will press against it and croon his pleasure. This time he was at it for five minutes.”

Cuzzie’s video was first uploaded in 2013, but has only gone viral this week.

Every second or so, Carlos would feel a small “bump” hitting his tummy. It was the beating of his “second heart”.

The small mechanical pump was meant to relieve the burden of his failing cardiac muscles, but Carlos (not his real name) disliked the sensation. The beat of the machine seemed to replace his pulse, a sensation that warped his body image: as the device throbbed above his navel, Carlos had the eerie feeling that his chest had dropped into the abdomen.

It was a strange, unsettling feeling. But when neuroscientist Agustin Ibanez met Carlos, he suspected even odder effects were to come. By changing the man’s heart, Ibanez thought, the doctors might have also changed their patient’s mind: Carlos would now think, feel and act differently as a result of the implant.

How come? We often talk about “following the heart”, but it is only recently that scientists have begun to show that there is literal truth in the cliche; the heaving lump of muscle contributes to our emotions and the mysterious feelings of “intuition” in a very real way. Everything from your empathy for another person’s pain to the hunch that your spouse is having an affair may originate from subtle signals in your heart and the rest of your body.

Meteorologists are searching for answers after rain with a “milky” quality fell in the Pacific Northwest Friday. 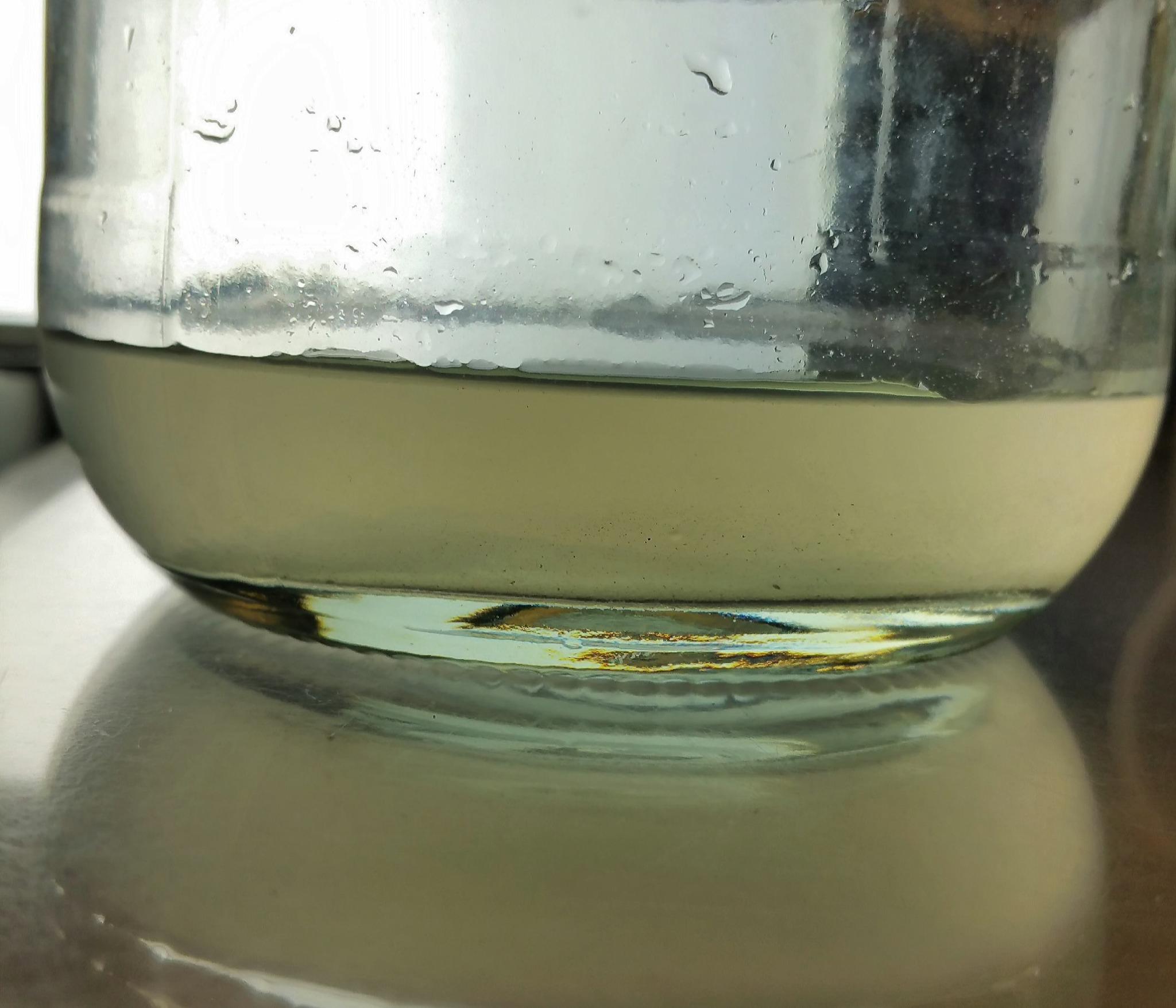 Mark Turner, a meteorologist at the National Weather Service in Spokane, told BuzzFeed that the “dirty” rain was seen in Oregon, Washington and Idaho.

Rainwater collected from our rain gauge today. Rather murky. Still not sure why

No one, however, seems to know exactly what caused it.

“We have heard a few theories thus far including; volcanic ash from Mexico or Russia, dust picked up from last night’s strong winds, or perhaps ash from last year’s wildfires over SE Oregon/SW Idaho. We still don’t have a definitive answer,” the NWS Spokane said in a Facebook post.

Turner elaborated on one of the theories to BuzzFeed.

“Oregon has had strong winds,” he told the website. “It could just be that an area has been dry and strong winds kicked up some dust.”

“In some summer dry spells we’ll get big dust storms and then if it rains we can see a similar thing,” Turner added. “But the timing of this is odd.”